How to Interrupt a Task

Chronos plans are refactorable linear sequences of tasks. Sometimes we are working on one task, but need switch to another. Interruptions like this are inevitable, and often regular, occurrences.

How do we update our Chronos plan to reflect interruptions?

This is done by splitting our current task into two, and introducing a third task in between.

By example, suppose I have to switch from a design and implementation task to debug and issue a hotfix in production. By right-clicking the current task, I can clone it using Duplicate Task: 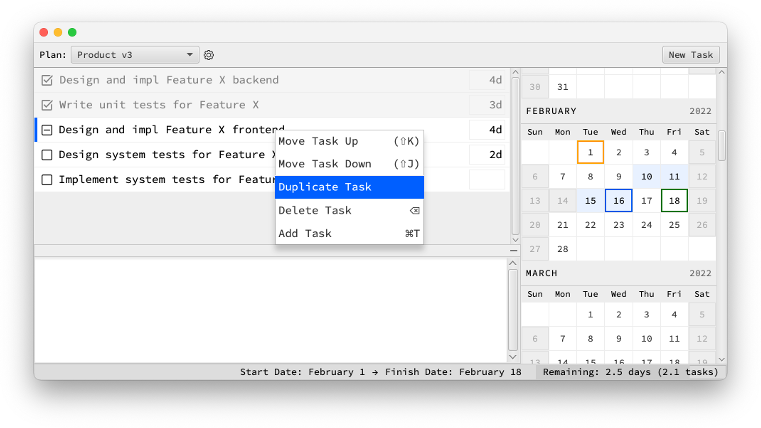 Then, I'll create a new task for the hotfix interruption. Note that I also update the estimates so that the first half of the split task is marked completed: 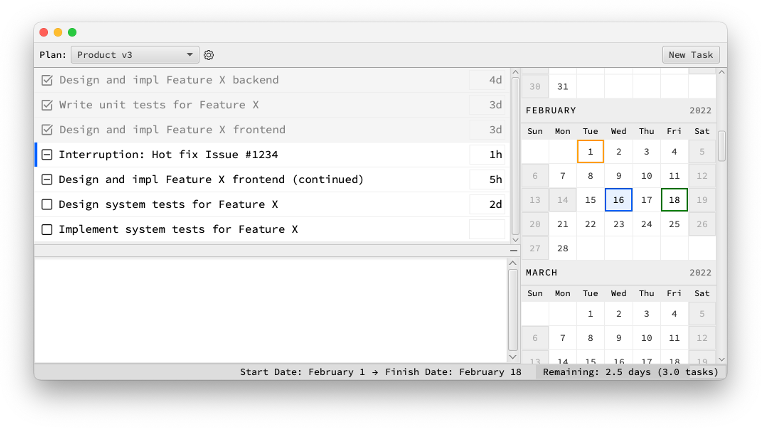 In this way, my ordered chain of work is accurately recorded and preserved. Note that task notes are duplicated/copied to any new duplicated tasks. In the future, Chronos may offer a first-class Split Task feature.